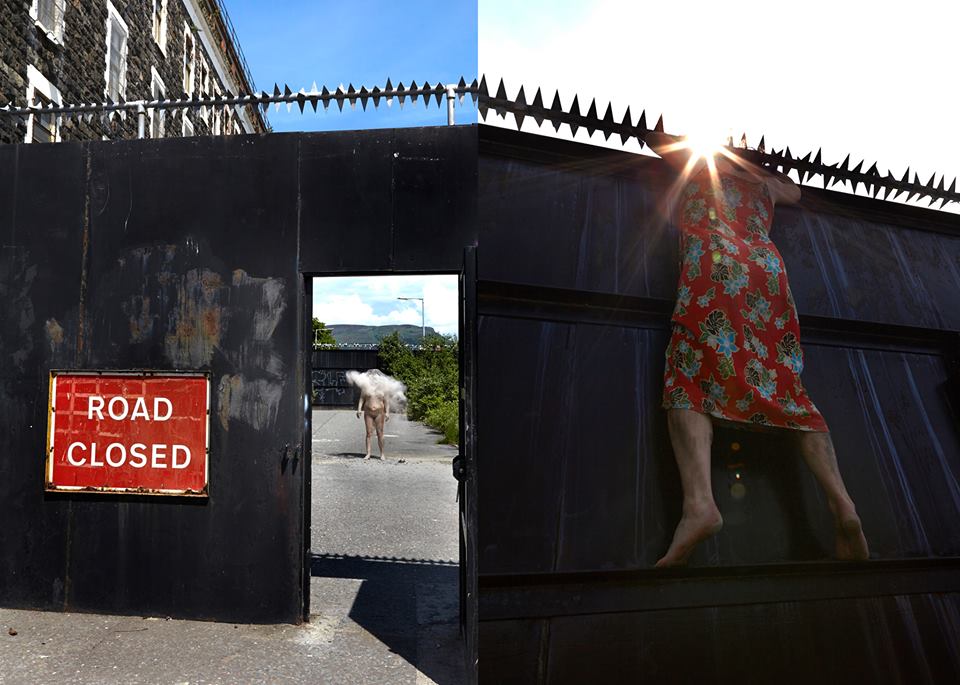 Special thanks to Breandán Ó Cléirigh and Christof Gillen.

The new “double image” concept focuses on the correspondence between the work produced and the viewer. Double Exposures will necessitate the interpretation of the viewer, the active construction of meaning and narratives. Most human beings have two eyes; the right and the left pick up different information, which then gets processed by the brain and transformed into a construction, which we call reality. Two different images next to each other create a gap, and that gap is the trigger for a creative process. This represents the failure of documentation. The two images create connections, affinity, associations as well as separation, incompatibility, deviation. That gap will function as oxygen in the performance world. The two images will represent the relationship between two artists, two minds, two streams of thought.

Double Exposure is supported using public funding by Arts Council England through the Grants for the Arts Scheme. The project is in partnership with the Live Art Development Agency. Manuel Vason is kindly supported by Marina Goncharenko.