Piece (I am a sex worker)

PIECE (I AM A SEX WORKER)

Rooted in the Ephemeral Speak (R.I.T.E.S.) was a performance art programme curated by Lee Wen, Jason Lee and Kai Lam of Singapore.

My participation involved conducting a week-long workshop, followed by a performance hosted at the Goodman Art centre. I developed a new performance for this event based on a conversation I had with a sex worker living in Singapore while I was there. I played a segment of the recorded conversation looped throughout the performance. The selected piece of the conversation was the sex worker describing the depression she lives within her day-to-day life. As the recording loop played, I stood behind the table dressed in a black dress and placed adhesive stickers with coloured birds on them onto my bare arms and legs. I stood and cut raw onions on the table with a knife until none were left: onions piling up on the table and then rolling off onto the ground.

The performance was approx. 30 minutes in duration. 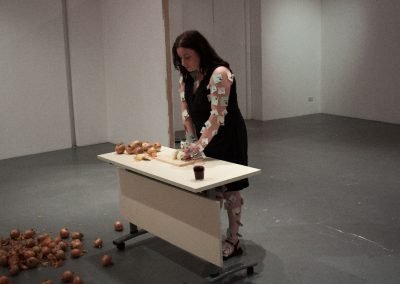 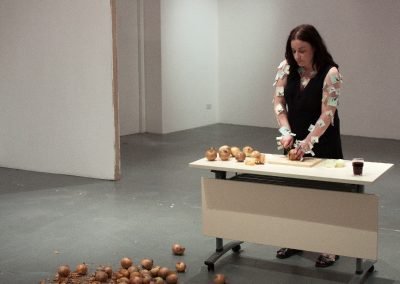 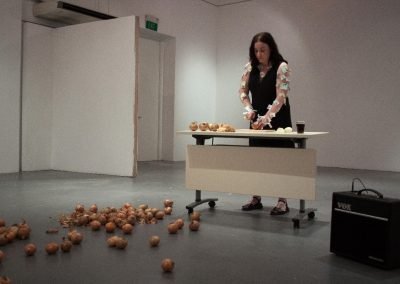 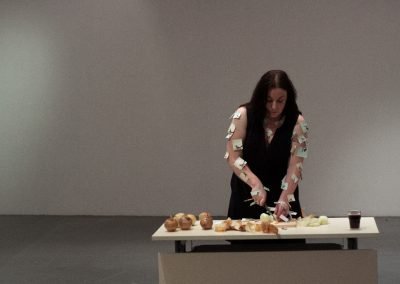 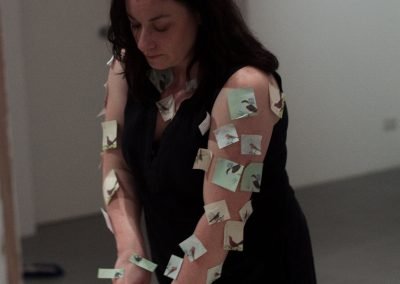 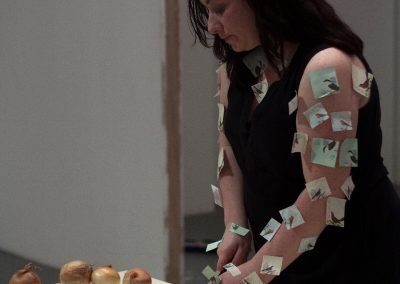 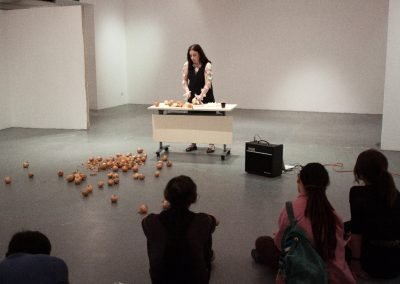 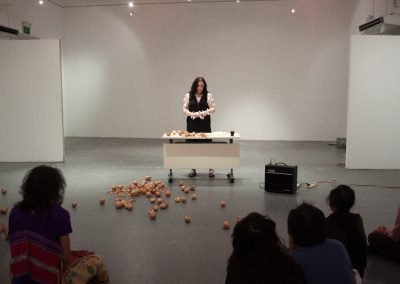 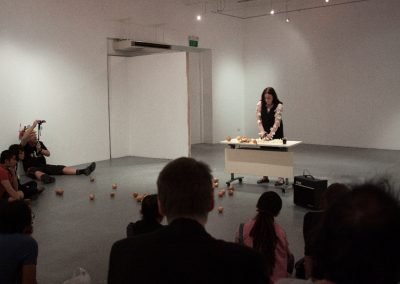 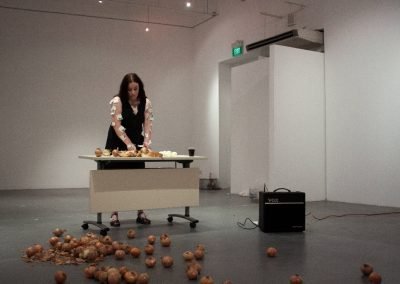